There are thousands of flavors you can discover in Brazil, our cuisine is influenced by Indigenous, European and African traditions, creating a very diverse culinary, rich in flavors and colors and very different all over the country. 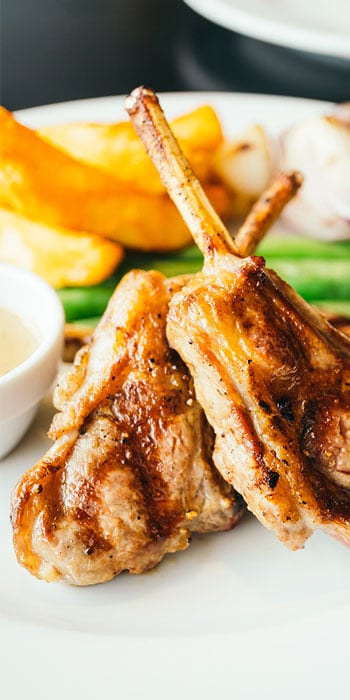 If you are the kind of person whose favorite part of travel is gastronomy, here’s a few places you can include in your itinerary to get the most out of Brazilian cuisine.

In northern Brazil you will find a wide variety of dishes with freshwater fish, local herbs, fruits and cassava flour. The most famous dishes are jambu, tucupi duck, açaí with cassava flour, fishes like pacu, pirarucu, filhote or tucunaré and juices made with tamarind, taperebá, caju, cupuaçu or graviola.

One of the richest cities in Brazil North when it comes to gastronomy is Belém do Pará. There are a mix of influences that come from Indigenous, African and Portuguese traditions and the local ingredients are diverse and different from the rest of the country. In Belém do Pará you will find dishes made with açaí, shrimp, crab, fish, herbs, various spices and the famous cassava flour.

All northeast states are located on coastline, so fish and seafood as shrimp, crab, mussels and others with cassava flour as tapioca are present in their cuisine. Over there you will also find an incredible variety of fruit juices as the ones from north region.

On Bahia state, Salvador a seaside city with historic colonial architecture, is the best place to taste the flavorful cuisine. While there, try these typical dishes such as moqueca, vatapá and acarajé.

The southeast region of Brazil is famous for its craft beers, rice-and-black-beans and meat dishes. The highlights are cachaça and cheese bread in Minas Gerais and feijoada and all-you-can-eat barbecue restaurants in Rio de Janeiro.

São Paulo has a special place in the itinerary of those who want to make a gastronomic tour in Brazil, the largest city in Brazil is also the biggest in terms of food. São Paulo is the second largest city in Latin America in number of gastronomic establishments, comprising not only Brazilian but international cuisine. Among its most well-known dishes are pastel de feira, bologna sandwich and the pizzas in Brasil. The Italian and Japanese cuisines are strong there too.

On Brazil South, the ethnic mix resulted in a cuisine with the presence of Italian, German, Polish and Ukrainian influences.

In Santa Catarina the highlight goes to oysters and shrimps, as the state is the largest producer of oysters in Brazil. In 2014, Florianopolis – the capital, was the first Brazilian city to receive the title of UNESCO Creative City of Gastronomy.

Rio Grande do Sul is known by its wines and barbecue. There are also carreteiro rice, chimarrão, dishes with pinhão and polenta.

The west center of Brazil has influence from all other parts of Brazil! The highlights are

freshwater fish that are successful and also the exotic meat dishes as capybara, boar, piranha and alligator.

There are many delights around Brazil, come and discover these flavors!